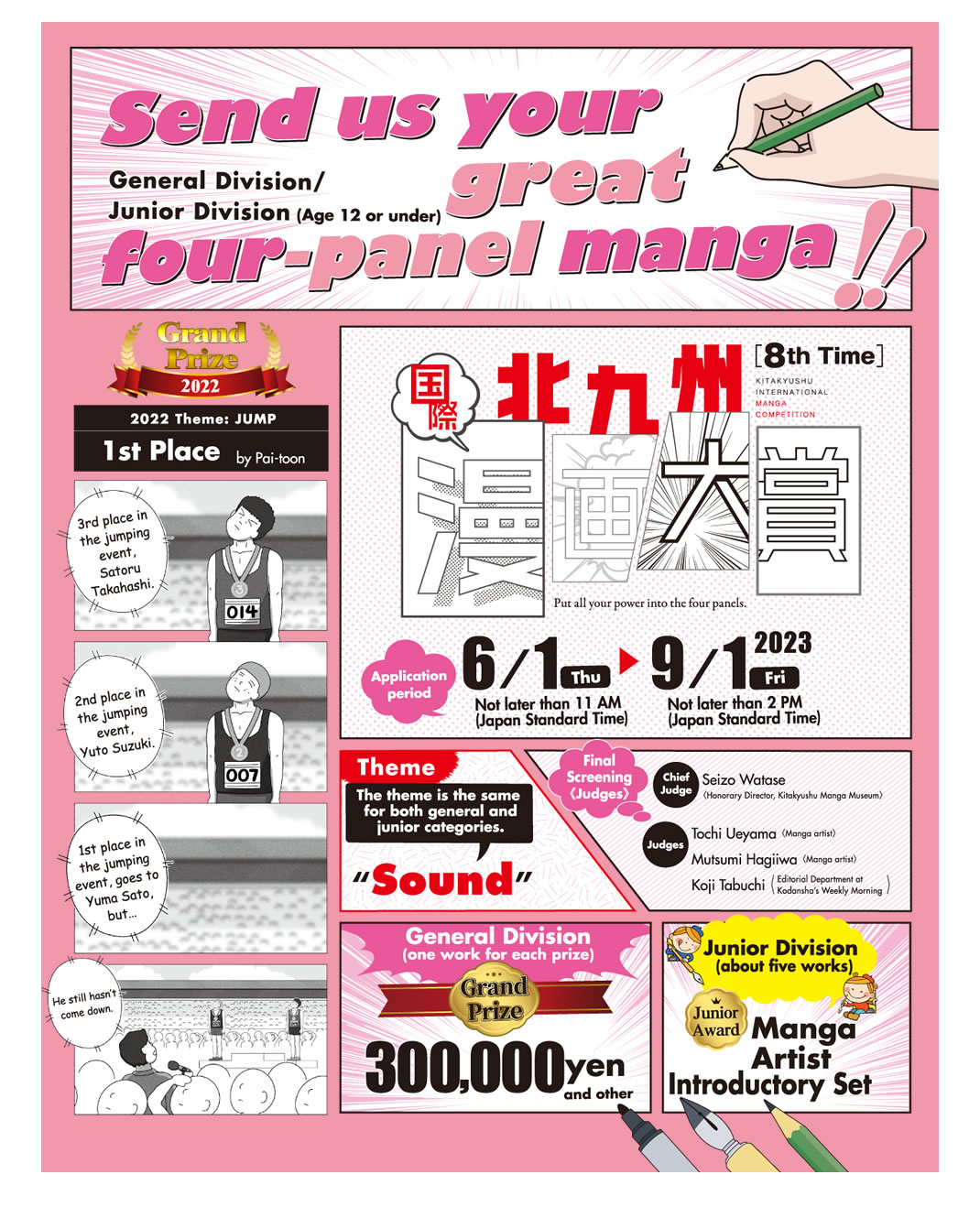 Widely disseminating the charm and potential of Manga
from Kitakyushu in order to spread manga culture throughout Japan and abroad.

Division
●General Division
●Junior Division (Age 12 or under as of April 1, 2023)
*Professional and amateur

Theme
“JUMP” (theme for the general and junior categories)
*We are not accepting free choice themes.

Work
Original, unpublished work of your own
* Works posted in noncommercial media, including coterie magazines,
SNS sites, and image posting sites, are considered unpublished works.
There are no limits on how old your work is, but your most recent
creation is preferred.

Kitakyushu has a "vibrant energy of its locale" to nurture the arts and has produced many artists and cartoonists, and the Kitakyushu Manga Museum plays a part in this by supporting cartoonists who have passion and aspirations. The four small panels are large canvases with unlimited possibilities containing colors and stories. Express yourselves with unrestricted ideas and imagination, just like the starry sky in a faraway distance. 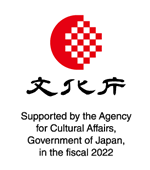